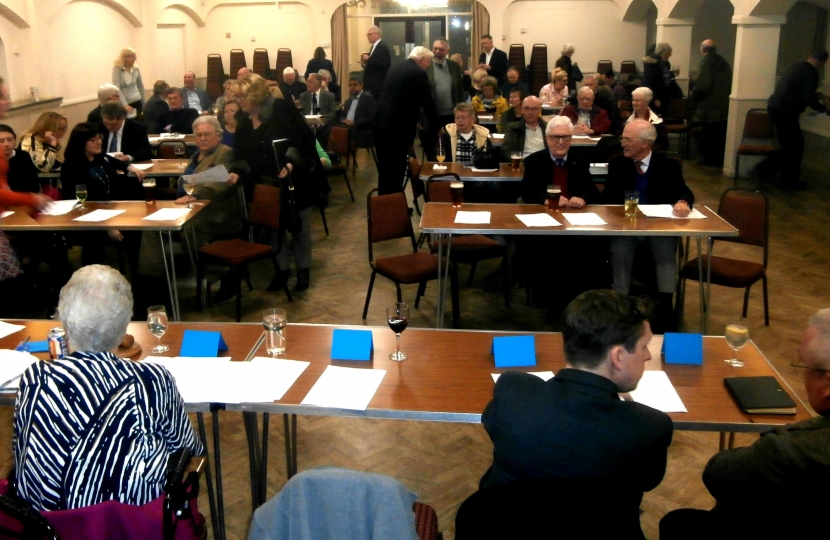 The AGM of the Corby & East Northants Conservative Association was held on Friday 8th March 2019.   There was an excellent attendance.

There was one motion discussed at the meeting and following a short debate involving two amendments which were defeated, the substantive motion was passed by 36 votes for, 13 against and 8 abstentions.

“The Corby & East Northants Conservative  Association supports the commitments the Prime Minister has made to the country to honour the European Union Referendum result of 2016 that having triggered Article 50 we will leave the European Union on the 29th March 2019. Another referendum, a delay beyond the European elections, taking ‘no deal’ off the table or not leaving at all would betray the 2016 Peoples Vote and damage democracy and our Party for a generation.”

Following the AGM there was an Executive Committee AGM and members were given the details of the officers as above plus a list of dates for the meetings for the next year.

Management meeting dates had been arranged as follows:

Executive meeting dates had been arranged as follows:   (all at 7.30pm)

The Executive Committee also agreed to create two new officer positions, ie, a Fund-Raising Officer and a Communications Officer (responsible for GDPR, the web, the magazine and Mailchimp).  The elected officers would co-opt members to these positions.

These are the new proposed rules for our Association.