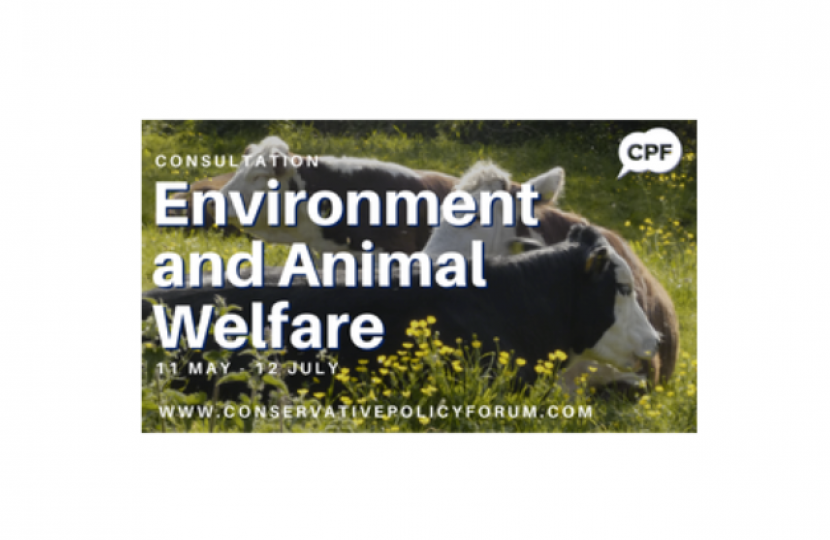 In response to the CPF discussion on the Environment and Animal Welfare, there were submissions from 94 CPF groups, representing 105 constituencies plus one Conservatives Abroad group and at least 808 members. Since the start of the year, about 1,800 members from 194 constituencies have participated in CPF discussions. This includes 21 groups that have newly launched and 28 that have relaunched.

Of those who participated in this consultation, 8% were not Party members. About one-in-eighteen (5.5%) represent swing seats (constituencies that we won or lost in the 2019 general election), almost one-in-five (18.7%) opposition-held seats and three-quarters (75.8%) Conservative-held seats. About one-in-six (17%) live in the devolved nations and two-in-five (38%) in the North or the Midlands, while just over three-in-seven (43%) live in the South or East. Thank you to everybody who has been involved: your ideas are continuing to help shape our country's future.

What follows is an overview of the key points raised by CPF groups plus a few representative quotations.

“We are rightly proud of the high standard to which UK farmers produce food, often exceeding the requirements set by the EU.”

“It should be left to the people to choose what produce they want to buy and how much they are willing to pay.”

“Nationwide improvement of broadband of at least 10Mb/s will do more to energise the UK economy than any other infrastructural improvement and must form an essential part of the Government’s levelling up programme.”

More than one-in-three (36%) highlighted the need to protect our fisheries and to ensure they work more effectively.

More than one-in-three (34%) called for improvement in flood defences.

About one-in-three (30%) called for greater investment in hydrogen energy and about one-in-four (24%) in small nuclear.

One-in-four (27%) stated they were unopposed to the use of chlorination, “providing that there is clear information so consumers can make an educated choice.”

Over one-in-six (18%) said to stage a ‘Festival of Britain’-type “Green Britain” exhibition, showcasing our world-leading green tech and environmental knowhow.

One-in-six (17%) said we should invest in the genetic modification of crops.

One-in-seven (14%) expressed concern over the use of palm oil, but also recognised that an outright ban risks an increase in land used for producing alternative oils and diminished efforts to produce palm oil sustainably.

One-in-seven (14%) called for a “Buy British” campaign in food production.

Meet some of our Campaign Team

Our marvellous campaign team were out and about in the new unitary area seeking your views for putting to the new council.

Even though the election is now over our team will continue, as they do every week, to campaign in our area.